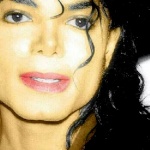 National Enquire refused Michael Jackson
Bodyguard’s story as they found it too UNBELIEVABLE!! Katherine called
him liar in 2010!! Fiddes exposed.

You wonder what The Sun let themselves in for when they bought Matt Fiddes’ interview for their major coup this week.
It turns out that not one word in the ENTIRE article is true and that
most of the pictures Fiddes gave the magazine were DOCTORED.
Word is that Fiddes has been shopping around with this story for a long
time but no-one ever took an interest as the pictures and the story in
general were deemed unbelievable. Even the National Enquirer turned the
story down for this reason.
This no doubt because of the bad reputation of said Matt Fiddes.
A known con-man (the Jackson family seem to make a habit of attracting
them) Fiddes was involved in an earlier fake scandal involving the
famous family.
Katherine Jackson said at the time: “Fiddes, who said he was a
friend, let us down badly. He tried to use us to his own advantage, and
when things didn’t go his way he behaved badly.
Fiddes tried to pretend that he was a close friend of my son Michael,
but when I spoke to Michael about him, he could not remember who he was.
The whole family was deeply upset by the interviews he gave shortly
after Michael’s death, which no friend would have done.
After that, Fiddes wrote to my son Tito and said that if we gave
evidence against him on behalf of Jane and the others, then we would
regret it. We decided we were going to come and tell the truth about him
anyway. You have to stand up to people like this.”

Fiddes’ Jackson obsession begun publicly in 1999 when he and his
friends pretended Michael Jackson would perform at his martial arts
centre.
It was a lookalike, a well known one, though.

The only contact Michael Jackson ever had with the man claiming to be
his former bodyguard and the father of Blanket is two short work
meetings when the singer visited the UK in the early 2000’s where he held the singers umbrella.
The first meeting was at the Oxford Union in 2001, where Matt stands behind him with the umbrella, during Michael’s speech.

In 2002 Michael flew to London again and Uri Geller asked Fiddes to
work as one of Michael’s bodyguard during the Exeter City event. Uri
hired him, so Michael was not his employer and did not pay him. In fact,
Fiddes wanted to work for Michael for free, as he has said himself.
During his speech Michael gives thanks to David Blaine, Patti Boulaye,
Uri Geller and then has to be reminded of Fiddes’ name was.
In 2010 Michael’s bodyguards said they had never heard of him.

In an article about Michael’s July visit to London, Uri Geller says
that Michael generously bought toys for Matt Fiddes’ children (Uri
Geller had said it had taken 3 shopping trips to take the stuff Michael
had bought Matt’s children home) : “I was with him in the toy department
when a bodyguard mentioned his two step-children – that guy is a world
champion kick-boxer, with the muscles to match the belts, but it took
him three trips to get all his packages down to the cars. Somewhere in
Devon, two kids own every fragment of Star Wars merchandise on the
market.” When Fiddess sold a story about this event to The Sun in 2008
Matt claims here that his kids only, “came home with just a few bits and
pieces.”
Despite this, he lured Tito and Katherine Jackson to the UK under false
pretence in 2008. He then got Channel 4 involved asking to film them,
making both parties believe a different story –involving Tito Jackson
moving to Devon. During this time he also tried to stage fake Michael
Jackson fan club parties, a Jackson 5 reunion and Michael Jackson shows.
Obviously non of these events happened.
When he got exposed as a liar through the documentary he put together
himself (with the company that had doctored footage of the Queen earlier
that year) he told the media Channel 4 had cheated HIM and that he was
libelled by the company.

Fiddes then quickly went on to sue the company. Lawyers for Fiddes
ran up £1.3million in bills preparing for the trial on a no win, no fee
basis, while Channel 4 spent £1.7million. Fiddes then dropped the case
right before it was about to begin in the High Court in 2010, leaving
both his lawyers and C4 with a massive debt.
Amazingly his counsel, Ron Thwaites QC, told Mr Justice Tugendhat that
his client now ‘publicly acknowledges that the programme was not “faked”
as he has previously claimed and has today withdrawn his allegations of
malice’.

Fiddes then dropped Tito in it too saying it was Tito’s con and that
he never intended to move to Devon. Adding: “Tito was in a poor
financial position’ and ‘anxious to resurrect his own personal career as
a singer and celebrity, preferably in the UK’. So, he added Tito and he
contrived a publicity stunt in which he revealed he was looking to live
in Devon.
Not true, as Tito barely knew the man back then. A friendship was only
formed after this, with Tito thinking he was friends with a friend of
Michael. Things turned frosty once the group were recording. Tito
recalls: ‘Matt started to get in more and more shots, and didn’t want
this or that person to be involved because it would take away from his
screen time. ‘Jane Preston, the documentary-maker, wanted to show the
public what it was like to be me without the show business and the
bodyguards, but he wanted to do all that because it got him camera time
with his boys wearing his karate jackets. Everything he did was to get
publicity.” The documentary appears to back Tito’s side of the story,
particularly when it emerges, during the course of filming, that Matt
was engineering press opportunities during their stay.”

The friendship between the Jacksons and Fiddes had long since ended
by then, in fact the Jackson family had walked out on him angry near the
end of the shooting of the documentary when they realised he was a
fraud. What C4 had included in the documentary was also very
interesting, their edit showed he betrayed the Jacksons’ trust by
leaking stories about them to the media without their agreement.
His reason for making the documentary was the thought that Tito would
get Michael to Devon, that is what he had promised the papers and C4. He
only wanted Michael, not Tito. In fact Fiddes sued Tito over a loan he
claims he gave Tito of $20,000k, claiming Tito still owes him,
“£12,051.20.” Says Tito: “Some people want to be seen in your company
and want to piggyback on your 40 years of hard work. I was supposed to
have been godfather to two of his kids, but I cancelled that, because I
can’t be a godfather if I can’t even get along with the father.”

A telling fact is that he swore revenge on the family at the end of the documentary.
He did it slowly, with another lie: Just a week after Michael’s death
Matt sold stories to the tabloids about Michael’s addiction to drugs,
saying he and Uri Geller were forced out of Michael’s world because of
this. In reality, Michael had cut off contact with Uri after he had been
the one to arrange his interview with Bashir and he had no ties to
Fiddes. He also grumbled about not being invited to Michael’s
funeral/memorial. Over the years he continues feeding the press stories
about his “friendship” and love for Michael. Then on 26th September 2010
– Matt Fiddes allegedly sold his bombshell story to News Of The World
(with a follow-up on TMZ), he claims to be Blanket Jackson’s father.
Fiddes said that he never asked Michael, nor did Michael ever tell him
anything about Blanket being his and claimed that he and Mark Lester
would be traveling to the states in a few months in regards to DNA
testing, and that never happened. He said he was forced to come forward
but wants nothing of the family, just the right to have Blanket were
Katherine to pass away. He then tries to force his way back in the
public eye by a fake suicide atempt with pills he claimed were Michael’s
and a fake relationship with Bianca Gascoigne. Bianca didn’t even know
him. then he announced he was selling some of Michael Jackson’s
belongings. In 2012, Fiddes changed his story and said he asked Michael
and that Michael said he was the sperm donor. As if (if he needed a
donor) he would ask someone he barely know. He now demands visiting
rights. His ex girlfriend says he was lying and did it for the money,
being promptly threatened.. He also claimed to be followed by the press
and the paparazzi.
On April 1st of this year, Big Brother star Chanelle Hayes allegedly
issued Matt Fiddes with a non harassment order by Westmidland Police. He
stalked Frank Cascio claiming they were friends, but Casico never heard
of him. Martin Hewlett a Taekwondo instructor who Matt had directed his
attention towards on the 22nd of June 2011, demanding a “no rules cage
fight” between the two to settle their differences, even though he
admits they don’t know each other. Fiddes who advocates an
anti-bullying campaign, NoMoreBull actually threatened to beat Martin
up.
People think Fiddes suffers from steroids psychosis, but he diedies
using drugs, but he has previously admitted publicly in a story to
having taken the muscle-relaxant Carisoprodol.
Karen Faye says of Matt: “I am repulsed by this man. He has run to the tabloids since the moment I met him in 2002.”
Brandi Jackson says she is “disgusted.” with Fiddes screaming she did not know her uncle.
http://divinevarod.com/2012/05/01/national-enquire-refused-michael-jackson-bodyguards-story-as-they-found-it-too-unbelievable-katherine-called-him-liar-in-2010-fiddes-exposed/ 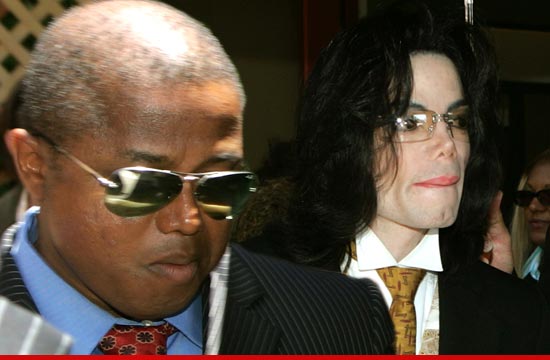 Michael Jackson NEVER ordered his henchmen to murder his brother Randy Jackson ... despite allegations made by MJ's former bodyguard ... this according to a rep for RJ.

Randy's spokesperson tells TMZ ... the allegations made by Matt Fiddes "couldn't be further from the truth ... it's absolutely absurd."

Fiddes told The Sun
... MJ wanted members of his inner circle to shoot Randy during a
heated argument regarding a possible Jackson 5 tour. Fiddes claims
Michael was on drugs at the time.

But Randy's rep tells us Fiddes is full of crap ... saying, "There's no way in the world that this actually happened."

Randy's
rep says the Jackson family is choosing to ignore Matt, rather than
engage him in a legal battle, because "it's a non-issue."